Zimbabwe on the Brink: Living in Fragile Peace

“Everyone has the right to enjoy peace such that all human rights are promoted and protected, and development is fully realised.”

Declaration on Right of Peoples to Peace, UN General Assembly, 1984.

On the 23rd of June 2022, the Zimbabwe Human Rights Association (ZimRights) will be launching the 2021 State of Peace Report. The report is an annual product of the ZimRights’ Right to Peace Campaign which seeks to empower communities to demand and claim peace as a right. In making this claim, communities must become conscious that peace is as much a right as it is a responsibility. As such, citizens have a role to play in building sustainable peace in their communities. To do this, citizens must understand how peace works, its roots, and fruits. They must be able to detect the threats to peace and take action to neutralise them. Without peace, it is difficult to observe human rights. Without human rights, development is compromised.

The 2021 State of Peace Report comes at a time when Zimbabwe is on the brink of what is likely to be a bloody 2023 election. All signals point to that tragic reality. It is therefore important that we take time to reflect on what we all can do to build and preserve peace in such a volatile environment.

Earlier in the year, in March 2022, several by-elections were held to fill vacant posts in the National Assembly and the local municipality. ZimRights members across the country joined the citizens in participating in these elections. From our data collected in areas where our members were officiating, voter turnout was less than 19% on average. Under our Democracy and Elections Action Zone, we visited 5 constituencies to support citizen participation in elections. We deployed 8 shuttles to support people who needed transport to access the registration centres. We held 5 road shows to raise awareness among the citizens. We have witnessed, in these engagements both hope and fear. The quality of our democracy depends on the strength of the democratic institutions that give people the opportunity to express themselves. Sadly, 19% voter turnout is a serious indictment on our democratic processes.

Unfortunately, our 2021 State of Peace Report makes a finding that while only 19% of people are participating actively in elections, all of us are affected by these elections. Zimbabwe has become locked up in a perpetual election mode that has become a threat to peace and development. Government policies are now about the next election, and not the next generation – they are short term and short sighted, failing to answer to the broad long term human needs of the nation. Judicial appointments are now part of the ruling party’s election strategy and not about the pursuit of justice. Government policy on civil society is now shaped by the political elites’ election strategies where they see human rights defenders as a threat to power.

In the run up to the March by-elections, Midlands Province became a war zone with increasing violence leading to loss of life and destruction of property. As ZimRights prepares for the launch the State of Peace Report, Chitungwiza and Nyatsime areas have become war zones again. An opposition activist Moreblessing Ali was abducted and killed in the most gruesome manner. Instead of arresting the perpetrators, the police teamed up with ZANU PF supporters to disrupt the funeral and arrest the family spokesperson, lawyer and opposition lawmaker Job Sikhala. Reports from the area indicate increasing retaliatory violence by opposition supporters. Pictures of youths armed with guns are spreading on social media.

These developments are a confirmation of the findings of the State of Peace Report. Our peace activists have identified four factors as the main contributors to breach of peace in the communities they live in. These are; political polarisation, gender, ethnicity and economic status.

“Though we may not be in war, we are living in war conditions. We are in fragile peace.” One activist said.

There are seven key findings in the 2021 State of Peace Report. First, is the confirmation that we are living in fragile peace, bags packed and ready to run. While political activists find themselves at the highest risk of physical attacks, politically motivated arrests, everyone is vulnerable as political tension increases. Everyone is then caught up as elections also bring structural violence. Resources that are supposed to provide essential services are diverted towards election programmes including political campaigning. Businesses that operate in politically sensitive sectors risk shutting down, being asked to slash prices and the context becomes unfavourable.

The second finding is that elections in Zimbabwe have become a nightmare. They come with the assurance of violence but no development. Unemployed youths are deployed to terrorise communities and harass NGOs that are deemed to be interfering with the political objectives of the elites. Our peace activists say each time an election date is announced, fear grips the communities. This is not how things must be. Elections must bring joy to citizens that they now have an opportunity again to have their say in how the country is run. But this is not the situation. In Zimbabwe it brings fear because violence is assured. Elections mean violence, communities say, because the outcome is predetermined while the process is polarising and destructive to social values.

The fourth finding is the state of polarisation. Our politics in Zimbabwe is no longer about just governance and control of governmental power. Our politics is now an art of war, they say. What political party you support determines if you are going to have access to food, participation in the economic life of the community, among others. This state of war is the main the reason that citizens are withdrawing from public life and women are no longer interested in participating in politics. It has become a game thuggery, they say. “Without the nerve to violate other people’s rights, you can’t participate in our politics.”

The report also finds that NGOs are active agents of peacebuilding in many communities. This a good thing. A lot of workshops are carried out in communities where peace and peaceful resolution of conflicts is the subject of discussion. The downside of it is that these conversations have not become organic as the peace discourse remains driven by NGOs. On business and peace, the report finds that many businesses are taking a backseat in the matters that affect the enjoyment of peace. It is almost like businesses are ‘foreign’ to the troubles of the community. This comes from lack of ‘connectedness’ to the community. It is necessary that the business community develops a relationship with the citizens and that they are part of the local peace agenda. When businesses are not connected to the community, their investments in that community are mainly extractive and short term. They are ready to run when violence erupts. This is not sustainable, the communities argue.

The report also finds that the primary institution charged with peacebuilding, the National Peace and Reconciliation Commission (NPRC) is largely invisible in the communities we visited. Communities hear of the NPRC from NGOs that are working on peacebuilding. When there is violence, the NPRC says nothing.

The 2021 State of Peace Report makes several recommendations on how we all can act on the findings and the threats of peace. The report comes at a time when violence is increasing. It invites all stakeholders to heed the warning. Fragile peace is hardly something to celebrate. Our democratic institutions do not inspire confidence that the people can participate effectively. The institutions put in place to support democracy are invisible to the communities. Our businesses are not connected to the communities, making them extractive partners that take more than they are ready to give. Our policies are short-term, focusing more on electoral gains rather than real investments in human needs. We have become a highly polarised society, locked in a perpetual election mode in which fear runs our days. We are, to be precise, doomed. We must take this very seriously and act before our worst nightmares become a reality. With the PVO Amendment Bill closing the remaining spaces for democratic expression, the danger of sliding into extremism is very real, if the situation in Nyatsime is something to go by.

Dzikamai Bere is the National Director at the Zimbabwe Human Rights Association. The State of Peace Report referred here is available on the ZimRights website. Comments can be emailed to dzikamai@zimrights.org.zw 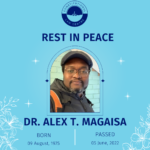