By Kenneth Magwada
The world has been brought to a standstill by the novel Coronavirus as governments put in place measures to arrest the growing pandemic. With 3.85 million confirmed cases and 270 thousand deaths recorded globally, one can only agree that the most logical and immediate response has been lockdowns but these have threatened to shut out citizen participation thus effectively shrinking the space for democratic participation and civic-engagement. It has generally been accepted that the restrictions in freedom of assembly and association are reasonable but not much thought has been put to the impact on democratic participation as these were originally expected to be short-term measure.

The lockdown proclamation by President Emmerson Mnangagwa saw Zimbabwe putting on hold a number of activities and that has had a negative bearing on governance and civic participation. The importance of these democratic processes cannot be further underscored given the events already transpiring in Zimbabwe before the lockdown. Zimbabwe opened the year with the Constitutional Amendment Bill No.2 dominating major discourses. The bill, which proposed 27 amendments to the Constitution adopted in 2013, has been largely seen as retrogressive, one reason being that it seeks to amend a constitution which the government has not even finished aligning all the laws to.

March 30 to April 3 were important dates whereby the National Assembly’s Portfolio Committee on Justice, Legal and Parliamentary Affairs was supposed to hold public hearings on the proposed amendments. While the public hearings are an important part in the democratic processes, the COVID-19 induced lockdown saw them being shelved indefinitely.

Whereas the pros and cons of the Constitutional Amendment (No. 2) Bill are subject for discussion on another day, suffice is to say that they provide a watershed moment in Zimbabwean history and are a test for constitutionalism – something that had been mangled during the first republic and now under threat from the second republic. All this at the expense of respecting the constitution through aligning certain laws and repealing draconian ones – the enactment of the Constitution in 2013 meant more than 400 laws which were out of touch with the new constitution had to be aligned, while 63 needed to either be repealed, extensively amended or redrafted.

Earlier this year, parliament also called on members of the public to nominate persons to be considered for nomination to serve as commissioners in the Zimbabwe Human Rights Commission (ZHRC). The ZHRC serves to protect, promote and enforce human rights and four vacancies of commissioners arose on the 6th of May 2020. The nomination process was held over a month long period with the nomination deadline having been the 13th of March 2020 and observers noted with concern how opaque the process has been, a significant number of Zimbabweans were excluded owing to the short period afforded to members of the public to nominate their desired persons, the inaccessibility of the nomination forms as well as the poor awareness attempts towards the process. Currently the authorities are silent on the issue, with parliament having been supposed to reconvene on the 5th of May and further postponed after the lockdown was further extended by another two weeks.

The major fear that arises is the lockdown on democracy. The parliament, whose role is to make laws and hold the Government to account for its policies, actions and spending, has been relegated to a passive observer as the COVID-19 drama unfolds. The already overburdened Zimbabweans have been left struggling with lack of access to clean water, food and basic commodities as well as a myriad of human rights violations emanating from draconian pieces of legislation that are incongruent with the constitution. The effective representative of the people has allowed itself to be muffled by the current lockdown.

The burden of making the voice of the ordinary man and woman heard and be included in decision making has been left to the Civil Society actors. For example, the Zimbabwe Human Rights Association (ZimRights) on the 12th of March 2020, petitioned the parliament of Zimbabwe to extend the time needed for the public to make nominations of people to be considered as commissioners in the ZHRC. With the lockdown, the petition has not yet been responded to 2 months later! In addition, the Zimbabwe Human Rights NGO Forum had also petitioned parliament to throw away the proposed amendments to the Constitution.

As a result, the current lockdown, while noble in its quest to fight the COVID-19 pandemic, need not subvert the citizen’s right to participate in democratic processes of the country. Democracy should not only be touted when it comes to choosing political leaders during elections but should be also be practised everyday through the active participation of the citizens in politics, social life, and the protection of human rights and upholding the rule of law for the benefit of everyone.

One scholar noted that the paradox is that when the overall situation of a crisis worsens, the people directly affected become more and more impotent and demobilised. True to this, the people of Zimbabwe have been rendered demobilised and impotent. This in direct contrast to the erstwhile proclamations by the president that the voice of the people is the voice of God. Hundreds of human rights violations ranging from assault by state authorities, wrongful arrests, harassment of journalists and murder have been documented by civil society and all this is thanks to reduced citizen participation in decision making processes. In the age of technology, there is not excuse why citizen participation cannot be restored in local processes.

The current lockdown is an opportunity for the government to put into effective use digital tools in keeping parliamentary and government processes going in a way that promotes and not hinder democracy. Elsewhere, parliamentarians are going through their duties by utilising virtual meetings. On the 7th of May 2020, the South African Parliament convened via Zoom, a virtual meeting platform. On the 8th of May 2020, our own president, Emmerson Mnangagwa, attended a virtual meeting chaired by South African President, Cyril Ramaphosa, to discuss responses to the Covid-19 pandemic. In the same vein, we encourage the government of Zimbabwe and all its arms, to fully embrace technology and adopt it in ensuring the all democratic processes are adhered to. We are in the 21st century and the internet of things has laid before us a great potential to exceed ourselves. Perhaps, it is high time that we harness technology as a useful servant for the inclusion of all.

At ZimRights, while we acknowledge that not everyone is online, we have refused to believe that citizen participation must wait for COVID 19 vaccine. Using digital tools, we have reached out to our members across the country, under siege by the security forces and invited them to speak out about their experiences and demand justice. These voices have been captured in our series, ‘Their Voices Matter Reports’ leading several policy recommendations and a number of human rights campaigns. Communities of action in Masvingo and Bulawayo have been convening virtual meetings with their little resources to tackle the challenges of human rights in darkness of COVID 19. They have demanded that MPs who are abusing COVID 19 aid be held accountable. They have demanded that the police officers torturing and killing people in Bulawayo be held accountable. These are human rights issues that cannot and do not have to wait for a vaccine.

It is a sad reality that while the COVID-19 pandemic is changing our world and the rest of the world is adjusting, Zimbabwe seems to be remaining stagnant if not regressing into the dark ages. Repressive laws continue to exist and executive power is going unchecked. The voices of the ordinary people needs to be located at the centre of every decision making matrix and the current lockdown is no excuse for putting democratic processes on hold. Consultations can be done online in a cost effective way. Government needs to prioritise key enablers to meet the democratic end and we know, judging from the opulence of our political leaders, that the resources are there – we just appeal to the political will to do it. As civil society, we play our role, but we believe more needs to be done to unlock citizen participation, even during the COVID 19 era.

Kenneth Magwada is the Membership Coordination Officer at ZimRights. His work involves finding strategies for unlocking and advancing the participation of ZimRights members in democratic process. Comments to this article can be send here or  to kenneth@zimrights.org.zw 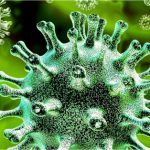