On the 20th of July 2020, the Zimbabwe Human Rights Association (ZimRights) human rights monitoring team visited the Retreat farm, where the Harare City Council has left hundreds of people homeless. ZimRights learnt that on the 14th of July 2020, the Harare Municipal Police distributed eviction notices to each and every household and the notice ordered the residents to demolish their structures and vacate the area within 48hrs. This follows an increase in the number of home seekers who were illegally being settled in areas reserved for railway lines and other amenities at Retreat Farm just outside Waterfalls in Harare.

Section 74 of the Constitution of Zimbabwe states that “no person may be evicted from their home, or have their home demolished, without an order of court made after considering all the relevant circumstances”. The State’s obligation to refrain from, and protect against, forced evictions from home(s) and land also arises from several international legal instruments that protect citizens to adequate housing and other related human rights violations. These international legal instruments include the Universal Declaration of Human Rights, the International Covenant on Economic, Social and Cultural Rights (art. 11, para. 1), the Convention on the Rights of the Child (art. 27, para. 3), the non-discrimination provisions found in article 14, paragraph 2 (h), of the Convention on the Elimination of All Forms of Discrimination against Women, and article 5 of the International Convention on the Elimination of All Forms of Racial Discrimination. These instruments should guide how authority exercise their powers in respect of demolitions and other corrective and punitive measures local authorities might institute when dealing with illegal structures.

Affected residents indicated that they have been paying monthly instalments to ZANU PF aligned land barons who are illegally parcelling out tracks of land in Harare South, Retreat farm included. One of the victim interviewed by ZimRights human rights monitoring team indicated that they have been paying instalments since 2019 and their leaders never told them that the land was reserved for Harare- Chitungwiza railway line. As a result more than 100 families were affected by the demolitions, which left children and pregnant women exposed to cold weather and other various diseases.

ZimRights is greatly concerned with conduct of land barons who have taken all open spaces in and outside Harare. ZimRights calls upon Harare City Council to strengthen its surveillance and monitoring mechanisms on all open spaces so that land barons and politicians do not take advantage to dupe poor home seekers. 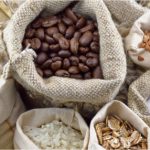