By ZimRights Communications Team
There is no doubt current COVID-19 crisis has had a far-reaching impact on the very basis of social life.

This may sound small, but it is the very foundation of our socialisation, and touches on every aspect of our lives, our economy and our politics.

This is because, for example, when it comes to political rallies, how are people supposed to hold a rally, or a demonstration, while maintaining physical distance, sanitising and not breathing in each other’s face?

Can we say the pandemic came at a convenient time to governments that had long yearned to narrow down democratic space?

Last week’s arrest and the subsequent abduction and torture of three MDC Alliance youth leaders is just one example of that.

For demonstrating without notifying the police, the three politicians endured the worst form of torture any human being can go through.

Far from the prominent politicians, the Zimbabwe Republic Police (ZRP) has reported hey have so far arrested over 17 000 people and over 300 assaults of civilians by state security have been reported countrywide.

The poor human rights records of the police and the army raises questions about the lawfulness of the mass arrests.

This is because, whether one breaches the law or not, they are entitled to a fair and legal process of arrest and trial.

In the end, the poor, who cannot afford a lawyer, often find themselves being victims, with nowhere to report.

So, it is clear that going forward, there is need for extra vigilance among human rights defenders to safeguard against cases where the state cracks down on its citizens under the guise of preventing the spread of COVID-19.

For a government like ours, and has been seen already, certain strong measures to manage the crisis have given the ruling authority a chance to suppress the rights of citizens.

Armed with this excuse, and a strong police and army, surveillance and suppression of human rights, will not be easy to forgo even after the pandemic.

This week, ZimRights National Director was asked by VOA whether the demonstration by MDC leaders was a good thing considering the dangers caused by public gatherings.

This is not just a question for the opposition but an issue for human rights defenders.

The impact that COVID 19 is having on the enjoyment of rights is unbelievable.

Daily, governments are finding an excuse for combatting freedom of expression. With more activity now being done online, the dangers of surveillance are high.

Civil society in the rights sector will need to step up its game. First, we must reject the notion that rights are not essential.

On the 14th of April, Clément Voule, the United Nations Special Rapporteur on the rights to freedom of peaceful assembly and of associationsaid States responses to Covid 19 threat should not halt freedoms of assembly and association.

He said “Where human rights are the compass, we will be better placed to overcome this pandemic and build resilience for the future.”

Many of us have been hesitant to expand our digital activism because we were afraid of leaving others behind. Maybe we should now invest in bringing forward those who were behind like Econet managed to bring everyone into the Ecocash banking platform.

In doing this we must be wary of the dangers that are associated with online activism, which include threats to privacy, online bullying as well as state surveillance. Over the last four weeks, ZimRights has convened 5 community dialogues with communities logging into the Whats App platform and speaking out on threats against the Constitution.

Whatever we choose to do, we must ensure that we take care of those with special needs. At ZimRights we have expanded our human rights reporting to include persons with special needs, including introducing ZimRights Audible to cater for the visually handicapped who cannot access our written reports.

In Whats App meetings, we have also made provision for the delivery of reading material to communities that have no access to Whats App.

But we have harvested more benefits. Each choice of how to meet is bound to leave some people outside.

We have had mayors and MPs as well as Zimbabweans in the diaspora coming into meetings. These are people in normal days usually are unable to attend community dialogues.

Whatever we choose to do, we must not forget to ask the government to play its role of enabling citizen participation by bringing policy making to the virtual space.

Just before COVID 19 outbreak, ZimRights had several petitions before the Parliament. These have since been ignored on the excuse of COVID 19.

This week we are submitting the second petition to the Clerk of Parliament against a member of Parliament who is abusing COVID 19 aid. We do this as a way for making the point that the participation of people in their governance must not be suspended on the basis of fighting COVID 19, and yet everything else is still happening.

So, in light of the sophistication the State has in using excuses to suppress human rights, defenders should, during this indefinite lockdown period, build their capacity to deal with and create a community focused detection mechanisms of the likely abuses. 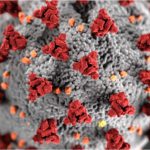 Africa: We must act now to avoid a catastrophe, say rights chiefs