The Zimbabwe Human Rights Association (ZimRights) congratulates the American people on the moment of the 2020 elections that have become another inspiring moment for democracy in the United States and in the world. With historic numbers in participation, the 2020 elections in the United States have once again shown the strength of community organising, building bridges and the power of strong institutions.

In his first address as President-elect, Joe Biden paid tribute to a coalition that brought more people into the democratic process than at any other time in history – the African-American community. The African diaspora represents the best of Africa deprived by history of an opportunity to serve our beautiful continent, and yet still refusing to remain in the margins of history, stepping forward to make their voices heard. The Black Lives Matter movement which played a crucial role in this election represents all of us and has also inspired the Zimbabwean Lives Matter movement in Zimbabwe in response to violation of fundamental rights in Zimbabwe.

In Zimbabwe, the American people have always supported vulnerable communities and we remain indebted. For a nation that has taken so much pride in its migrant communities, we believe an outward looking America is not a burden to the American government but a tribute to communities that over generations have given the United States the values that have made it an inspiration it is today.

About 4,5 million Zimbabweans live in the diaspora with anywhere between 85 000 and 250 000 of them in the USA, according to the United States Department of Homeland Security. They are part of this movement fighting for democracy and inclusion in the diaspora. For us, what happens in the world is important to all of us in this connected new world where values of democracy and inclusion matter.

As the USA ushers in a new era, we hope the new administration will continue supporting the causes of democracy and human rights, especially after the world watched each and each vote be counted.  We hope this administration will restore funding to the World Health Organisation that is leading the fight against the pandemic of COVID-19. We look forward to the United States’ return to the Paris Agreement and support the important work of pursuing climate justice for our globalised world. We urge the new administration to take a keen interest in international criminal justice by ratifying the Rome Statute and supporting the efforts of the International Criminal Court (ICC) to end impunity and hold perpetrators of serious human rights violations to account.

Since November 2017, Zimbabweans have experienced the harm caused by rising militarism. We urge the United States to use its resources in pursuit of peace-politics and deploy more efforts towards diplomacy and peacebuilding.

We wish the United States a successful transition of power in the days ahead.

Issued by the ZimRights Information Department 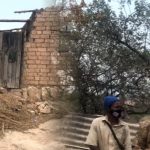