Last week saw a frightening increase in human rights violations as the state moved to crush the July 31 protests. ZANU PF officials and government ministers took turns to hold press conferences and denounce the protest. The police published a list of protest leaders indicating that they were anxious to interview them. From 30 July 2020 to 1 August 2020, the state deployed the army to seal all entrances into the main cities. The police further arrested about 12 people across the country accusing them of inciting violence. Many more were abducted, tortured and dumped at various police stations. The arrested people included award winning author Tsitsi Dangarembga, as well as MDC-A spokesperson Fadzai Mahere. We condemned the state response to peaceful protestors.

This year, on 1 August, we marked 2 years since the tragic killing of civilians by the military on 1 August 2018. Following international condemnation, a Commission of Inquiry was appointed by President Emmerson Mnangagwa. In marking this sad event in history, we have compiled a special report: The Motlanthe Report: What’s Next for the Victims and the Nation. The report analyses the recommendations made by the Commission and the steps taken to implement them. 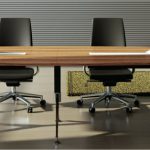