Hands Off the People's Constitution

Communities Speak-out on Threats Against the Constitution: Community Dialogue Report I

COVID 19 and Democratic Participation
Since the outbreak of COVID-19 in March 2020, the Zimbabwe Human Rights Association has insisted that fight against COVID-19 is a human rights fight. This has become clearer by day as communities continue to suffer at the hands of both the COVID-19 as well as their own governments. In its latest policy brief on COVID 19 and Human Rights, the United Nations has issued 6 key messages. These messages have been packaged and juxtaposed to the Zimbabwean context in a special report published by ZimRights under the title, ‘A Human Rights Approach to Fighting COVID 19 in Zimbabwe’. One of the key messages is; When we recover, we must be better than we were before.

There is no doubt that COVID-19, while affecting everyone, has not been an equalising agent. Instead, it has exposed massive inequalities as ZimRights is currently documenting in other reports. These inequalities are exposed in the approach chose by the government in choosing how far they must lock-down on citizen participation. The government now decides it is okay to open and close democratic spaces for participation according to its priorities. This is why it was acceptable for them to open the courts and the Parliament only to deal with opposition matters. And yet the same spaces have remained closed for the ordinary people. This exposes the fact that COVID-19 is now being used to close democratic participation and take away the voices of the people.

At ZimRights, we believe that it is possible to combat COVID-19 and still allow citizen voices on critical matters. The ongoing attacks on the Constitution are one such area that requires citizen participation even as we fight COVID-19. This is because there are tools that can be put in place to ensure safe participation of citizens in this discourse.

Capacitating Communities to Overturn the Lockdown on Democracy
There is evidence across the despotic society that COVID-19 has given other government an opportunity to lockdown on democracy. Such machinations must be resisted. This is why last week, we launched an important resource, A Citizen Guide to Understanding Constitutionalism in Zimbabwe. We have gone ahead and made the guide available on our website www.zimrights.org.zw as well as on WhatsApp to ensure that everyone who care about this matter has access to the information, in case the government decides to ambush communities with surprise hearings.

Community Dialogue on Threats Against the Constitution
From the 20th to the 23th of April, ZimRights commenced community discussions on Amendment Bill Number 2 of 2020 through which the government intends to pass a series of anti-rights and anti-transparency measures. ZimRights members from all 10 provinces across the country have started speaking out on the proposed changes. We are publishing this update to encourage other communities not to be caught unaware but to go ahead and begin engaging the conversation on threats against Constitutionalism in Zimbabwe. In this brief update, we give a snap shot of their views.

General Views
There is so far an overwhelming consensus amongst members of ZimRights that the Constitution must not be amended, government must rather implement provisions of the current Constitution which since its passage, in 2013, have not been implemented. Communities also believe that the Constitution Amendment Bill No.2 threatens the progress that had been made in 2013 as it ignores the three founding values of constitutionalism namely: rule of law, separation of power and judicial independence. The group rejected amendments as they reflected the excessive and unjust harnessing of power by the executive.

Conclusion
ZimRights members are confident that the amendment bill does not serve the interest of the people of Zimbabwe. that the Bill serves the undeserving wishes of the Executive as it is an indicates the consolidation of power into the hands of the Executive. Members are concerned that the Constitutional Amendment Bill No.2 undercuts the very fabric of democracy as it doesn’t respect the three pillars of Constitutionalism which are Separation of Power, Independence of the Judiciary and a limited government.

The Hands off the Peoples’ Constitution Campaign is aimed at mobilising grassroots communities to stand up in defence of constitutionalism and constitutional values in Zimbabwe. Use information below to share any feedback with us. To register for the next Community Dialogue on Threats Against the Constitution get in touch with us on WhatsApp Number +263 734 053 955 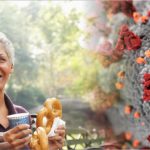 COVID 19 and Human Rights: UN Calls for Protection of the Rights of Elderly Persons 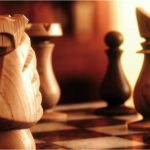