Devolution Dialogue Transcends COVID 19 Restrictions
Some two weeks ago, the Zimbabwe Human Rights Association (ZimRights) launched an important resource: Guide to Understanding Devolution with a goal to empower communities in engaging in the devolution conversation. Because of the COVID 19 pandemic, the Guide was released in digital format through ZimRights media channels as well as through provincial WhatsApp groups. Over 7 000 people have since downloaded the Guide from the ZimRights website and thousands more have received it via ZimRights’ 11 provincial WhatsApp groups. Last week, ZimRights proceeded to convene virtual community dialogues in Bulawayo, Masvingo and Matebeleland South. Each meeting was attended by an average of 65 participants from across the provinces with one of the groups registering as much as 142 participants. The zeal with which the provinces embraced the community dialogues showed the importance of continually investing in tools to ensure citizen participation even in the middle of COVID 19. ZimRights invested in ensuring that Whats App mobilisation reached even the most marginalised communities and that the Guide was shared with all the participants to ensure maximum participation.

While ZimRights acknowledges that virtual meetings are not accessible to all people who may wish to participate because of the digital divide, it is also true that even physical meetings are never really accessible to everyone due to the physical divide and the logistical nightmare of travel in a difficult economy like Zimbabwe. ZimRights has made arrangements to make sure that the Devolution Guide will be translated and made available through community structures to all members who may have failed to participate in the virtual meetings.

At ZimRights, we believe that it is possible to combat COVID-19 and still allow citizen voices on critical matters. It is in this spirit that Community Dialogues on Devolution will be held across the country and the outcomes presented to Parliament and other stakeholders.

Key Issues on Devolution
From the three convenings of the week, a number of issues emerged. In this report, we summarise these issues and the way forward.

Community Views on Devolution in General

Community Views on Devolution on Amendment Bill Number 2 of 2020

Key Asks for ZimRights
From the Community Dialogue, the following are ZimRights’ key asks: 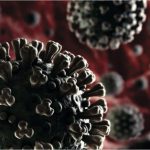