On July 9, 2020, the Zimbabwe Human Rights Association’s (ZimRights) Human Rights Monitoring team led by the Midlands Provincial Chairperson, Mr Martin Bongozozo, visited Khanye Village in Ward 21 under Chief Malisa – a kilometre from Cross Roads Shopping Centre – following up on the report of the shooting of Bhekani Moyo (20) on the 15th of March 2020 by members of the Zimbabwe Republic Police (ZRP).

ZimRights learnt that six (6) armed Silobela Police Officers raided Moffat Moyo’s (father to the deceased) homestead early morning around 0400hrs. The raid was in connection with a case of assault. Upon arrival the police pointed the gun toward the young brother, Nqabutho who was in the kitchen and he loudly cried that he was not the one being pursued. Hearing this, Bhekani, who was sleeping in the next two-roomed flat quickly woke up and ran to his parents’ bedroom looking for support and refuge. About two meters to the door step, closer to his father, the bullet perforated his chest and he died on the spot. Realising that Bhekani was dead, the Police left the place. Honorable Mpofu Mtokozisi of Silobela Constituency quickly visited the incident and later around 0800hrs the Silobela Police Station Officer In-charge arrived and collected the body to Kwekwe District Hospital. The eyewitnesses to the incident pointed out that the Police did not fire any warning shots.

ZimRights managed to visit the office of Officer Commanding Kwekwe District who pointed out that investigations were underway.

ZimRights continues to note with concern, the increased number of people who are shot by the Police for no apparent and compelling reasons. ZimRights implores the police to desist from this behaviour and abide by the dictates of the law. The incident is one of many cases where the police have become the law unto themselves. ZimRights further encourages the police to thoroughly investigate this incident and the police officers involved be arrested and brought before a competent court of law. Furthermore, ZimRights is gravely concerned at the nature of policing that has total disregard for basic human rights. The acts of firing live ammunition at unarmed civilians are on the raise and it is worrying. 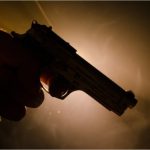 Rights in Crisis: COVID-19, Data for Decision Making and Action