A comparative study is also included in this Policy Brief to juxtapose the legal regime that governs the conduct of traditional leaders concerning partisan politics in Zimbabwe with the approach adopted in Zambia, Ghana and South Africa. After highlighting the lessons that can be gleaned from these comparative case studies, the paper discusses the problems associated with the enforcement of ethical standards and protecting traditional leaders from abuse. 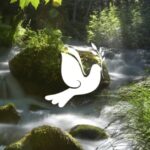