Following recent publications in The Manica Post of 21 February 2020 and The Herald of 22 February 2020 that the African Development Bank (AfDB) has released US$24 million towards the rehabilitation of infrastructure damaged by Cyclone Idai in Chimanimani and Chipinge, the Manicaland Chapter of Zimbabwe Human Rights Association (ZimRights) welcomes with great caution this intervention.

We recall with great concern the history of abuse of aid that is supposed to benefit victims and survivors of Cyclone Idai. We have, in recent past, recorded cases of discrimination, inequality, limited access, and partisan distribution of aid in March 2019. It is unfortunate that some Cyclone Idai survivors in Chimanimani, Nyamatanda and Garikai areas are still living in worn out tents against harsh weather harsh conditions. This is despite the fact that millions of ‘real dollars’ have been poured into these communities and yet they vanish in a bottomless pity of corruption and state-sanctioned treachery. The funds, to be released by AfDB, and any other funds meant to assist affected communities, must reach the communities intended.

It is because of this situation that as the local community of persons directly and indirectly affected, we are calling for the establishment of a Local Monitoring Mechanism to interact with the AfDB and any other donors that have the interests of survivors at heart. The Local Monitoring Mechanism must ensure that funds meant for survivors are handled and managed in a manner that is transparent and accountable. As the local community that continue to work with survivors, we have initiated a process of ensuring that past habits of diverting aid for the benefit of the few will not be repeated.

We encourage the government of Zimbabwe to involve all relevant stakeholders in efforts to ensure that true survivors of Cyclone Idai benefit from the aid. 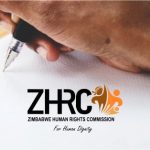 ZimRights approaches the Parliament of Zimbabwe