Tawanda Muchehiwa is a male MSU student aged 22 and a nephew to investigative journalist and ZimLive Editor Mduduzi Mathuthu. It was on the 26th of June 2020 when Tawanda was abducted violating his right to personal security as enshrined in section 52 of the constitution. Two of his cousins were arrested and handed over to the police. His abduction could have been a deliberate move by the state to force Mathuthu to hand over himself to the police. His whereabouts where not known until his Lawyer Mr Nqobani Sithole of Abammeli Lawyers for Human Rights instructed by MISA made a habeas Corpus application at the Bulawayo High Court. On the evening when the order was granted, his abductors dumped him a few kilometers from his place of residence in Qeenspark.

Violation committed against him
Tawanda was badly assaulted violating his right of freedom from torture or cruel, inhuman or degrading treatment or punishment as enshrined in section 53 of the constitution. His lawyers attended to him that very night leading to him being taken to hospital. Tawanda is said to have sustained severe body injuries and acute renal failure (left kidney injury grade 1). It is alleged that his capturers repeatedly stamped on him as he lay face down. He also sustained severe tissue damages around his buttocks, whilst in the hands of the capturers for the two days he was missing violating his right to personal security. He was also made to drink his urine. Tawanda is currently admitted at a private hospital in Bulawayo.

Current status of his case
There is a case of kidnapping that was opened and is being investigated at Qeenspark Police.

What urgent support he requires including humanitarian

Key Asks for ZimRights from the State 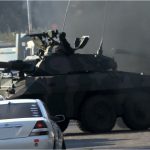