Special Report on the NPRC’s Constitutional Obligations
About the Rights to Peace Campaign The Zimbabwe Human Rights Association (ZimRights) is currently running the Rights to Peace Campaign. Under its Right to Peace Campaign, ZimRights seeks to capacitate and strengthen Zimbabwean communities through the establishment of new infrastructures for peace and strengthening existing peace cultures. The campaign seeks to harness community capacities and cultures, and draw from the national peace architecture in the promotion of more peaceful communities. Built on ZimRights long legacy of fighting for human rights, the Campaign builds on three fundamental beliefs:

ZimRights drives this campaign in all three areas to establish:

ZimRights, using its national membership and strategic partners, has been implementing the campaign specifically focusing on affected communities in the target areas. The methodology involves 11 community structures, 2 national human rights institutions and 4 national leadership structures. The two institutions are the Zimbabwe Human Rights Commission (ZHRC) and the National Peace and Reconciliation Commission (NPRC). The work of these two commissions is critical to the realization of the right to peace. ZimRights there works to support the commissions, link them with communities and also monitor compliance and progress in line with Constitutional obligations.

ZimRights Peace Monitoring
Under the Right to Peace Campaign, ZimRights has commenced training communities in peace monitoring. The second convening was concluded on 12 June 2020 at ZimRights House with the participation of 11 ZimRights provincial Chairpersons. This process includes monitoring official institutions delivery of their mandate and interaction with communities.

It is in this process that ZimRights has played a key role in monitoring the work of the NPRC.

NPRC Constitutional Compliance Issues
The NPRC became officially operational on 5 January 2018, following the promulgation of the National Peace and Reconciliation Commission Act (10:32). According to section 323 of the Constitution, the NPRC should present its annual report to Parliament describing in full its operations and activities no later than by the end of March of the year following the implementation of such activities. Accordingly, the NPRC’s 2018 Annual Report became due on the last day of March 2019, while its 2020 Annual Report became due by the last day of March 2020.

This is both a Constitutional and a statutory obligation. Moreover, section 16(7) of the NPRC Act obliges the NPRC to further make public the Annual Report and any other reports expected to have been presented to Parliament within thirty days. This means that the NPRC has been in breach of the Constitution since 31 March 2019 for two year in a roll. While the NPRC is an independent commission, independence does not mean non-accountability. A key part of ensuring that the NPRC remains accountable is through the public evaluation of its Annual Report, which should outline what activities have been carried out and how the Commission has made use of the public resources allocated to it.

The Quest for Accountability
At a time when there is a public outcry for the thorough account of the government, it is important that institutions like independent commissions be seen to be above reproach. ZimRights there now proposed to undertake the following measures to ensure that the NPRC remains in compliance with the laws and in service to the people of Zimbabwe.

a. Officially write to the NPRC requesting for the Annual Reports – As an association of the people of Zimbabwe, ZimRights proposes to send a communication to the NPRC requesting for the reports mentioned. The members of ZimRights, as stakeholders in the national peace architecture as well as taxpayers have the right to have access to the reports as well as evidence that the reports have been presented to the Parliament as required by law.
b. Approach the Courts of Law – If the above process is not successful in achieving accountability for the Commission, ZimRights proposes to approach the Courts to compel the NPRC to meet its constitutional obligations. 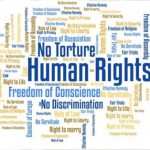