Last week, we convened the First National Council meeting for 2020, bringing together representatives from all ZimRights’ 11 Provincial Chapters. A full communication on the Council Resolutions will be shared soon. The highlights were that the Council unanimously adopted a New Transitional Strategy: A Path to Transformative Activism. The Council also issued a statement on the proposed amendments to the Constitution. The Council invoked for the first time in history, section 8 (1) (4) of the ZimRights Constitution to confer honourary membership to the Association’s former National Director Mr. Okay Machisa (pictured above) in honour of his extra-ordinary service to the Association as National Director from 2008 – 2019.

In other issues, the country plunged into an unprecedented human rights crisis, with an arrest of eight lawyers within a week, and further prosecution of the three MDC officials who endured abduction last month. As if that was not enough, the economy continued to take a knock, with the local currency plunging to 1:80 to the US dollar on the parallel market. This resulted in prices shooting up, leaving Zimbabweans poorer, more vulnerable and in dire need of social safety nets, which government has not provided. There were fresh reports of corruption among government officials, and this followed Zanu PF’s threats to journalist Hopewell Chin’ono after he exposed under-hand deals in the procurement of COVID-19 PPE material. 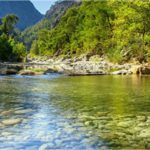