Hands Off the People's Constitution Statements

The Zimbabwe Human Rights Association (ZimRights) National Council (the Council) met from 9 to 11 June 2020 at ZimRights House in Harare. Among other matters, the National Council reflected on the proposed Constitution of Zimbabwe Amendment (No. 2) Bill which was gazetted on 17 January 2020.

The Council noted with grave concern that in general Amendment (No. 2) Bill is anti-rights, anti-transparency and anti-accountability and therefore resolved to reject the proposed amendment in totality. The basis of this position is the realisation that most of these amendments while they are not amending the Bill of Rights, have serious negative implications on the enjoyment of human rights.

Below are some of the key issues:

These proposed amendments represent a slide into autocracy in Zimbabwe by ring-fencing the Executive from the checks presented by other arms of government. The Council noted that since its advent, the current government has been running the country through a series of Statutory Instruments, largely running the country without the participation of other arms of government. These amendments further weaken the Parliament and the Judiciary and create an Executive that is fire-walled against transparency and accountability. 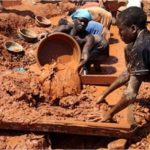