Zimbabwe Human Rights Association (ZimRights)’s visit to Mukaradzi area on the 10th of June 2020, revealed that several cases of human rights violations have been perpetuated by State Security Agents against artisan miners.

Mukaradzi valley, located about 20 kilometres South East of Mount Darwin, under Chief Matope, has gold-rich deposits discovered back in the 1980s. Thousands of men, women and youths camp at this area for survival, engaging in artisanal mining and vending.

Since November 2019, ZimRights has documented several cases of extortion and property destruction by armed state security agents, which are done in the process of attempting to evict or raid both vendors and illegal miners in the area.

Victims pointed out that state security, comprising of the Zimbabwe National Army (ZNA), Zimbabwe Republic Police (ZRP) and some from the Central Intelligence Department (CID) recently ambushed and raided groceries worth thousands of dollars from vendors. The raiders are reported to extorting the miners by demanding about US$80 per person.

One of the victims said she gave an army officer 3 points of gold for her to be released. Almost 60% of the mines are allegedly run by some top government officials including politicians and police officers. While others are raided, some well-known individuals in the mines continue to operate uninterrupted.

State security agents were expected to raid again on Friday, the 12th of June 2020.

ZimRights noted with great concern the continuous violence by state security to ordinary citizens, who have been earning their livelihoods during these dark times without alternative measures being provided to cater for unemployment. Continued raids destroy livelihoods of more than a thousand families. 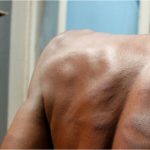