On Thursday, 17 November 2022, the Zimbabwe Human Rights Association (ZimRights) celebrated its 30th anniversary since its establishment in 1992 as Zimbabwe’s first post-independence indigenous human rights advocacy group. The commemorations were held at ZimRights House through a number of activities which included a human rights exhibition curated by award winning photojournalist Tsvangirayi Mukwazhi, the laying of a foundation stone for the Human Rights Village, and a Movement Builders Masterclass on Learning from 30 Years of Grassroots Organising.

The exhibition: Telling the Story of ZimRights in the Communities

The exhibition, which featured an interactive dialogue with ZimRights community activists told the story of human rights in Zimbabwe for the past three decades. It covered the work done by the founding members of ZimRights, who worked to make human rights an everyday people’s agenda. Speaking on the right to protest, the ZimRights National Director Dzikamai Bere, reflected on the work that ZimRights did, organising regular street marches on important days on important human rights issues.

“Human rights remain abstract until they have been embraced and practiced,” said Bere. “This is why ZimRights has over the years worked with other organisations to make sure that every 21 October, every 10 December, people marched in the streets of Zimbabwe.” He said over the years, street marches are no longer the norm. As the exhibition showed, the use of violence has created a culture of fear in the people hence the right to protest, which is enshrined in the Constitution is disappearing.

On the right to education, the National Chairperson of ZimRights Mr. Takesure Musiiwa narrated the work that was done by ZimRights in schools using drama and theatre. In 2015, the Ministry of Education increased grade seven exam fees, making it difficult for many children to write their exams. ZimRights mobilised communities to march against the increment prompting the government to reverse the decision. (Watch video of the march here)

On the right to clean and portable water, Mai Takaedza from Masvingo told the story of how she works with women in Masvingo to demand service delivery from the local municipality. She was supported by Mai Sarah Njanji of Epworth who narrated the ordeal of residents in Epworth, who go to the extent of fetching water in a dam that is known to contain dead bodies. Residents call it ‘the Pool of Death.’ WATCH the Epworth story here. Read the report here.

The exhibition also paid tribute to disappeared human rights activist Itai Dzamara who attracted the ire of the state for his call for peaceful protests against the Mugabe Regime. Itai Dzamara was disappeared on 9 March 2015 after launching a series of peaceful protests against the government. His whereabouts remain unknown. Speaking at the exhibition, Bere said Dzamara represents many victims of enforced disappearances. “While we commemorate 30 years today, we remember all activists who were disappeared because of their commitment to human rights. The ZimRights street billboard with Itai’s image could not be erected along Fourth Street because the company contracted to do so feared backlash from the state.

The Founders Reflect 30 Years of Building the Movement

After the exhibition, the commemorations moved to a storytelling session where the founders of ZimRights reflected on the past, the present and the future. The panel featured ZimRights’ second National Director, Mr. David Chimhini, past National Chairperson Mr. Arnold Tsunga and longtime community organiser Ms. Monica Sibanda. Mr. Chimhini reflected on how ZimRights was founded, inspired by the work of the Catholic Commission for Justice and Peace (CCJP) and focused on hard core human rights, which by then were a taboo. No local organisation was in existence and the time. He paid tribute to the founding luminaries like Nick Ndebele, Ozias Tungwarara, Paul Themba Nyathi, Judith Todd, Reginald Matchaba Hove, Val Ingham, Mike Auret among others. Ms. Monica Sibanda reflected on the community organising work done by early movement builders, the important work of women human rights defenders like Sheba Phiri among others. Mr. Arnold Tsunga, who was the National Chairperson from 2001 to 2004 linked the historical ZimRights to the contemporary generation of human rights defenders. He spoke of how his generation faced the unique challenge of reconciling the movement side of ZimRights driven by the people and the organisation side of things driven by the Secretariat which is required by such stakeholders as funding partners. He said it was important for ZimRights, even as it searches for partners and resources, to remain a peoples’ movement as is the thrust of the current strategy. Sometimes, over professionalisation of a movement can be counter-productive.

The storytelling session tied well with the keynote address that was delivered by academic and development practitioner Dr. David Kaulem who is the Dean of Education and Leadership at Arrupe Jesuit University. From a Christian perspective, Dr. Kaulem reflected on what lessons the human rights movement can learn from the world’s biggest mass movement – the Christian Church. His main point was that human rights must become part of the peoples’ culture. In the Christian communities, many Africans identify themselves as Christians first, and then Africans next. He asked, “What can the human rights movement do, for people to choose to throw away those elements of their culture, that are in contradiction to human rights value? This is the task for ZimRights in the coming years? To challenge each other as Africans, to see everything through the human rights lens.”

Laying of the Foundation Stone for the ZimRights Village

In closing the session, current National Chairperson Mr. Takesure Musiiwa tied together the story of ZimRights, noting that the journey has taught us many lessons. He said though threats rise against the human rights movement, ZimRights story taught him that no one can stop a movement of the people. For 10 years, he revealed, ZimRights operated without a Secretariat because the forces were hostile, but the members continued the good work, giving testimony that real power to cause change is in the people.

“Those who violate human rights many times have the power of money and violence on their side,” said Musiiwa,  “The people have nothing but each other.”

Mr. Musiiwa said that ZimRights is a community. As that is its legacy, it is also its future.

“In our shifting power to the people strategy, we are making a new commitment to deepen our connection with the communities upon which we were founded.”

He said as a symbol of this commitment, and a bold declaration of presence, ZimRights was starting the transformation journey from ZimRights House to ZimRights Village.

“As we lay the foundation stone of the Zimbabwe Human Rights Village, we are inviting each other back to those values that bring individuals and communities together, saying, it takes a village to raise a child. While civic space is shrinking, if we go back to the people, we can, actually, even as it is seemingly getting dark, we can expand the space, if communities play leadership role in advancing and sustaining a culture of human rights.”

“Today, as we celebrate 30 years since our birth, we lay a new vision, of taking a bold step to challenge ourselves as the ordinary people of Zimbabwe to build a new village. In this village, we must commit to re-imagine the way civil society works. We must commit to re-think the role of the people. In the new village, the people are not ‘targets’ or ‘beneficiaries’, or ‘statistics.’ They are people. Everything we do as human rights defenders, are not just projects – it is people’s lives. These are the values that we as Africans learnt growing up in the villages and we must embrace them today if our movement is to go beyond the next 30 years.”

In closing his address, Chairman Musiiwa invited Mrs. Monica Sibanda, as a representative of the ordinary people who built and continue to sustain ZimRights, to join him. He also invited past Chairperson Arnold Tsunga as a representative of the past leadership of ZimRights, to also join him. The three moved to the site and laid the foundation stone, officially marking the birth of ZimRights Village, a symbol of the resilience of ordinary people, standing up for each other, coming together to fight for each other.

Other Attractions: The Work Continues

In the true spirit of ZimRights, the commemorations did not stop the work. Ahead of the main commemorations, the Secretariat hosted a Masterclass on Movement Building and Civic Engagement which brought together community champions from all of ZimRights 11 regions. At the Masterclass, the New ZimRights Handbook, ‘We Believe in Human Rights’ was launched. From the Democracy and Elections Action Zone, the Association also launched a new action tool, ‘Elections and Democracy in Zimbabwe: A Citizen Guide to Building a Culture of Effective Participation in Elections and Democratic Processes.’ The action ended in Chitungwiza with an soccer match in Chitungwiza, encouraging young people to participate in democratic processes. 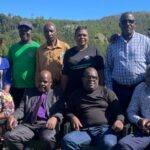 Elections and Democracy in Zimbabwe 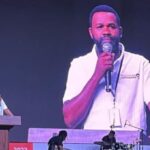